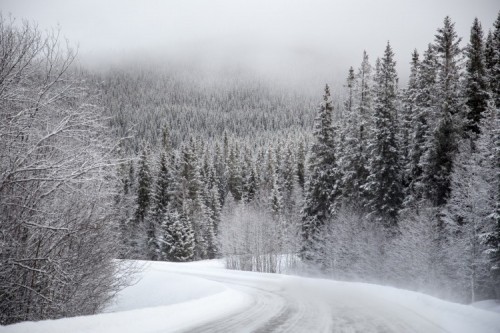 I remember going hunting for rabbits with my grandfather when I was little. He would shoot them; I would get out of the car and get the rabbit to place it in the ice chest in the back of the car. Then we would slowly drive down the road waiting for our next dinner to hop up in our path. Those times were precious to me and I have many memories of harvesting dinner with my grandfather. One memory, in particular, stands out to me the most: We were hunting in New Mexico on some old oil field dirt roads in the middle of nowhere. It had snowed quite a bit and everything was covered with a white blanket. When my grandfather shot the first rabbit, I was surprised at how bright the blood appeared on the snow. I was about 10 years old and decided it was really creepy so I tried to cover it up. I would kick snow on top of the blood, but the blood kept seeping through. I couldn't figure out why, but I worked harder and put on more snow until I couldn't see it anymore. Little did I know that this memory would be very significant to me and the impact that I make on my patients.

Mental health is an issue that often goes unaddressed. During the holidays you see an increase in suicides and the inpatient mental health units tend to fill up. People become impatient with each other and often times feelings are hurt and things are said that can't be undone. I try to think of each person in my life as snow and this is why. The snow sparkled in the sun and was a beautiful cover across the fields. We all know snow is frozen, yet the blood of that rabbit was hot. When I put new snow on top of it, the blood would melt the new snow and the blood would show through. The blood reminds me of an emotional injury, once it's there it burns hot and takes a lot of work to cover up. The new snow being placed on top of the blood reminds me of positive things trying to cover up the hurt from an emotional injury. In the beginning, it keeps melting and the injury shows through. Once the blood is finally the same temperature as the snow, when it has had time to cool off, you can begin to make progress in covering it up. This is when it quits melting the new snow or when a person begins to heal. It takes a lot of rebuilding and positive reinforcement and actions to help someone recover from an emotional injury.

When you are dealing with people that are injured, it may take a lot of snow to make that beautiful fresh blanket be untarnished again. This takes time and patience - that is why it is important for us to build relationships with our patients. When you are dealing with a patient, friend, family member or even a stranger, always think before you act out of frustration or anger. Ask yourself a single question: "How much snow will it take to cover up what I am about to say or do?"